Could Outbreak of Whooping Cough Save Lives?

It has occurred to me, and I have tried it out, that with the current outbreak of whooping cough, doomsday naysayers are seemingly more open to talking about prepping when you bring up the topic of world wide pandemic whilst an outbreak is actually occurring. Throw on the current financial woes of Greece and Spain along with our own over here, and you got the perfect conversion formula. It's amazing that people need to be encountering a problem before they can see the problem exists. Naysayers may argue that if I can't see the problem it must not exist, to which one could argue, if there's a bear right outside your door and you don't see it, does that make it not a problem... You go right ahead and open that door then ya' hear lol. Now I myself don't know how bad the whooping cough outbreak is, they say it's the worst in fifty years, and I don't know if I will find myself panicking about it any time soon, but a lot of people are. And those people, are pretty damn easy to talk to right about now when it comes to being prepared for a major burial outbreak. At that point you have a small time convert, maybe a fanatical one as it pertains to viral protection. With that being said, you could slowly introduce other events to prep for, by slowly pointing out that other events may be even more likely than a massive mankind destroying virus. If you can get that viralphobe to come out of the medical supplies store and into the sporting goods store, you've now opened the door to being prepared for anything. Stating things like, "you know, since you have all the viral outbreak preps, and some preps for (insert your ares most prevalent natural disaster), if you bought these few other items, you'd be prepped for this (insert third event)". Once you're prepared for an outbreak of Ebola and a tornado or earthquake and let's say a zombie apocalypse for kicks lol, you're pretty prepared at that point for just about anything. It's easy enough at that point to get prepped for any and all other contingencies you may need. A few items for this event, one or two for that one. The more you prepare for the easy each one is.

So while pessimists see a plain old viral outbreak of pertussis, the optimist sees the opportunity to get their acquaintances prepared for any and all ends of the worlds as we knows its out there. So if you have some naysayers or friends that look at you weird when you say you just but a crossbow but don't hunt lol, use this potential shit storm of a viral outbreak to you advantage and convert someone all ready. Maybe if more people thought this way back when the avian flew had the world aflutter back in 97-99, we could have converted more people to prepping before Y2K without the actual threat of Y2K, which really hurt the prepping communities legitimacy. If there were a lot more preppers before the Y2K scare even began more people could have been educated on the continuation of prepping after The Shit Doesn't Hit The Fan. Anyways, just a thought, so I put it here...dismiss it or file it, makes no nevermind to me lol. Until next time fellow preppers, let's hope we convert some more before the shit hits. 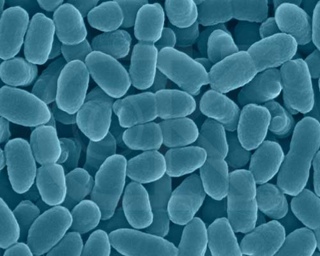