I don't even want to get into what the movie is or is about before I tell you NOT to watch this movie. Whilst at the video store renting the latest Mission Impossible (the wife was out of town and once I start a series I have to watch them all lol), I glanced over at a near rack and the words, The Collapsed caught my eye. I picked up said DVD case and started reading the back. It described a synopsis of a man his wife and two essentially grown children trying to escape from the city and out to he country to find their younger son and safety after the end of the world. This had me intrigued to say the least, and coupled with winning several film festival awards, I decided to give it a try.

SPOILER ALERT... IF YOU DON'T WANT TO KNOW ANYTHING SPECIFIC ABOUT THIS MOVIE SKIP TO THE LAST PARAGRAPH.

What I liked about this movie; from the beginning, this film seemed to be on the mark for what I was looking for in the way of TEOTWAWKI scenario. The family is moving through the city looking for a way to get far away from the "chaos" of the city after the event. Stealing a car from a dead woman and making their way to the country. The paranoia and mistrust of others is there, making me feel that this is really trying to fill a niche in the movie disaster world that doesn't have an adequate following. The family stops and collects supplies and weapons. It really does seem like this movie is really trying to portray a families bugging out scenario. But alas, this is where my likes of this film end.

What I don't like about this film; to start with, the acting is a little over done in parts and under done in others, very seldom hitting a good mark throughout the film. In the middle of the film it goes from being a bug out tale, to a "I'm going to try and blindside you with a surprise ending" that wasn't surprising AT ALL! The test in the tale was that the family was actually dying at the hands of the father who was afflicted by the debilitating psychological affliction that IS the end of the world, causing the afflicted to not be aware or "blackout" such violent events such as murdering their whole family. The whole thing went from being an awesome premise to just anther film maker trying to blind side the viewer like M. Night Shamylan did with the Sixth Sense but failing miserably. From the first "hint" of the fathers involvement I knew exactly hat was going on, so for every "event" after I felt insulted lol.

END OF SPOILER AND BEGINNING OF LAST PARAGRAPH

So, because of the predictability and sub par acting and getting away from the plot I wanted, I truly hate this film. Aside from the brief point at the beginning where it seemed like they were starting to "after prep" for the end of the world, the rest of the movie just bit, I kept thinking that it was going to get back to the act of urging out, but never did. If I was a blog that gave ratings this would be a one whatever out of ten whatever's lol...it was so bad. I guess if you skipped the spoiler section, this has been a pretty short post lol...well my next movie breakdown with probably be better than this one, it couldn't possibly be any worse lol. 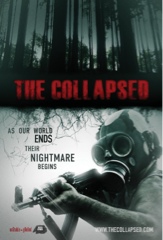