Now I know that you wouldn't think that post SHTF that your first inclination would be to sit down and write down the history of things happening, but that's what humans do. Throughout history society has been built upon the words of historians and storytellers. So it goes without saying that even though our society may indeed be in complete and utter shambles, but we will record what we encounter, we can't help it, we refuse to forget. And even though we think we will remember everything that happens in such an extreme new world, it's also human nature to forget. So unconsciously we write because we know we will forget.

Previously I stated two distinct types of wordsmiths and those were historians and storytellers, both are very much the same but different as well. Storytellers were really the first newsmen of the ancients and onward, they went from village to village telling the tales they had either witnessed or heard of secondhand or even made up, but people enjoyed hearing about the goings on of far away lands and all the different people. Underneath it all, they didn't really care if it was true after all... It was essentially tv of the day. Storytellers were usually very good and telling the stories, even if the stories themselves weren't all that good to start with, but the way they were told made them entertaining. I'm sure after TSHTF we would easily slip into this type of historian role, the whole lot of us to some degree. The downside to this type of historian is that the level of truth becomes more of a question the longer this type of history is being told, so people begin not to believe spoken "stories", as soon as it becomes apparent that these storytellers are doing just that, telling stories, to gain some kind of profit, be it food or lodging etc etc for their storytelling prowess. But out of this loss of trust comes the second type of wordsmith, the historian.

Historians are just like their storytelling counterparts except that they tend to lean more towards the written word ie. newspapers or books about their topics of choice. Historians are the types that would point out inaccuracies in the storytellers tales and that the stories should just stick to the facts and leave out the fanfare and entertaining hoopla. It's this longing for the facts that create newsmen today and the historians of long ago that take pen to paper and record what happens, not because what is happening is entertaining, but because it's worthwhile. Historians generally don't record for wealth or fame, they do so because it should be done, we should remember....so it is written.

Both types will have two subtypes within them based on their current situations. Both the historians and storytellers will have ones that stay put and document what they see in their immediate area, and then there will be the ones that travel the wastelands looking for the story. Either has its benefits and limitations, but once they start gathering and sharing it should all balance out.

The historians and storytellers alike will tell the tales of trials and tribulations that mankind navigates it's way through towards rebuilding society. They'll tell of the chaos and mayhem that ensued as the event was happening. They'll tell of the every man for himself mentality we will go through next. They'll tell how we killed each other over beans. The horrible things we'd do to each other as our society fell apart. Gangs, dictatorships, plagues and genocides...all of it. Then they'll tell of the small communities that band together and build safe havens for themselves and like minded individuals. Farming and agriculture returning. Leadership, not dictatorship. Reason over violence. The return of law and order. The reworking of government. And schools.

I don't doubt that post EOTWAWKI people will once again begin to rebuild what once was, and recording history will be one of the first disciplines to return to us from our past society. People can't help but record, I mean look at all of us preppers that blog just for the hell of it. I never intend for anyone to ever read my posts, but when someone does and understands where I'm coming from I become part of history in a small way, and after what ever event takes us down a few thousand notches, someone will write about it, maybe it'll be me, maybe you, who knows. 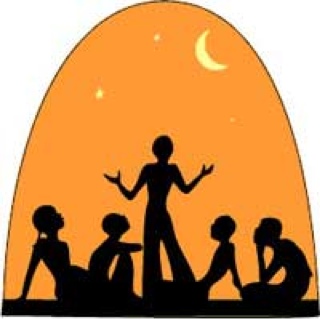