7 Things To Do Before You Can't Due to TEOTWAWKI

This 7 Things list is a list of the seven things you should do now, that you won't be able to do if the collapse of society occurrs. From lack of materials to lack of power to the shutdown of the supply chain, these are the seven things to do while you still can.


1. Roller coasters - riding a roller coaster is something that millions of people do everyday all over the world, but one day it'll become the last day anyone does. So before that day comes, if your a roller coaster enthusiast or even if you're not, try going on at least one or all of the top ten biggest fastest meanest most puke-tastically awesome roller coasters in the world, or at least in your area. Roller coasters are one of those simply terrifying things that we think will always be there if we want it, and sadly, if things keep going downward like they are, one day they'll stop running. So go be a badass and ride the lightening.

2. Fly a plane - Something that a lot of people dream of doing one day and never do, is flying a plane. Our modern society makes it pretty darn easy for one to do such a thing, you don't even have to learn how to fly or even get a license...you can just buy time to fly once the pilot has done all the hard taking off and ascending bologna. Flying a plane is one of those amazing things we take for granted that we can just do if we want to. If its something that you've dreamed of doing, you should go do the research and find out where in your area they'll allow you to fly for a bit supervised, or go the next step and actually get your license and fly like a boss lol.

3. Skydiving/Wingsuiting - because these two are essentially the same thing yet different I've combined them into one "thing" on this list. Again because of the lack of airplanes this would be one of the first things we do that would become nearly impossible to do after TSHTF. So if you feel like jumping out of a plane, especially if you never have, you better get on it, you may very well be running out o time to do such a thing. fairly new and in the same category as skydiving, wing suiting is jumping out of a plane not with a parachute, but wearing a wing suit, that essentially allows you to fly, like the flying squirrels do. Giving your body webbing between your appendages so that you can glide through the air like you're floating.

4. Talk to Someone From Every Time Zone in One Day - because we live in a highly technological age, we are eternally linked in with the rest of the world, from twitter, to Facebook, to unlimited long distance calling, we are always within a thought of communicating with anyone in the world. But eventually, if the lights go out, that access disappears in an instant. One of the most amazing things we are capable of doing and don't is the ability to talk to someone in every time zone in one day. Now I don't know if anyone has ever done it, but this is something that we all should at least attempt while we still can because one day it may become something we dream about being ale to do again one day.

5. Have a Big Mac - Like Woody Harrelsons characters neverending quest for twinkie in Zombieland, that familiar comfort food that you just can't get anymore, the Big Mac may be one of those mass produced foods that when TSHTF disappears in the blink of an eye. So maybe you could add some Big Macs to your preps in the form of frozen burgers in your freezer. We all know from countless Internet photos of McDonalds food not decomposed after like four years, so maybe we use that knowledge to our advantage lol. You old be the last human being to eat a Bog Mac haha.

6. Plastic Surgery - we live in a material world and there are a lot of material made girls lol. Plastic surgery is definitely something, if you want it done, that you should get done before the shit hits. Plastic surgery has very good success rates now in comparison to say twenty years ago, but deaths and dismemberments still occur. So throw in the lack of clean working spaces and materials, shady post apocalyptic doctors and plain old nefarious liars, and that's a recipe for you dying. So you think that bigger boobs will help you score that post collapse wasteland sugar daddy to protect you from the hordes of rapey marauders, then get it done now, don't wait for the fall to try and hook yourself up with fun bags to impress. Infection of the humpty dumplings ain't gonna help you with anything.

7. Go to space - As far as things on this list of things to do before you can't, going to space is the most unlikely for you to be able to do...at least at this time. For years now the aerospace industry has been trying to create a space tourism industry, but costs and logistics have really slowed that market. And even if they get to the point where people can regularly go to space on their own dime, it will more than likely be for a lot more dimes than most of us have to toss into the wind for a short jaunt into the heavens, but, if you did have the means and the opportunity, you'd be crazy not to go...now wouldn't you.

Now with all that said, go out and do all of these if they are your list of things you ever wanna do, because who knows, you may not have much more time to do so. And as usual with all these lists, if you or someone you know has done all seven things, let me know...especially this list, what with going to space being one of them lol. So good luck on your list completion and hopefully you get it all done before the shit hits. 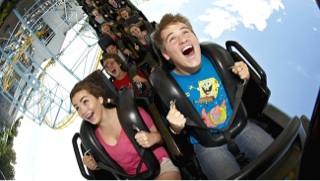 Email ThisBlogThis!Share to TwitterShare to FacebookShare to Pinterest
Labels: 7 Things