I was reading a blogpost over at TEOTWAWKIblog about his big long distance move and about keeping up with blogging whilst moving, when I got the idea for this post. 99% of the readers of this blog will not know that two years ago my family and I moved from southern British Columbia Canada up near 2000km north to Hay River Northwest Territories. I gotta tell you, that was a big move, the biggest of any of our lives. Sometime in the next year we may be making another longer move when, if we decide definitively, we move back to where we all were born, the lower mainland of British Columbia near Vancouver. So with a move like that to a place that is much more heavily populated, prepper planning gets harder and easier at the same time, but that's for another post, this post is about moving. It occurred to me that the ever looming apocalypse could happen at any given moment, and that it very well could happen in the middle of a move. Imagine, loading up everything you own into a moving van and hitting the road, and just as you're hitting the road the shits hitting the fan. Somewhere along our long journey we would start to notice signs that something may be amiss, you know depending on what kind of apocalypse we would have. So here you are, with everything you own in this world loaded in the truck and all hell is about the break loose, if you're observant enough you may notice TSHTF before many others and ascertain that it may be a good time to either hide or head for the hills...just get out of the pubic eye. With any situation there are pros and cons, and being homeless, on the road, and fully loaded has many on both sides loaded as well. Just a couple Pros to this scenario that I can think of off the top of my head would be...

PRO -having all your preps in one place, but at the same time that could also be a CON. But having all your weapons, food, water, survival gear, and all your everyday crap to barter with is a pretty good deal, bad side, if something happens to the truck, everything is gone and you're now screwed big time.

PRO- I indirectly touched on, and that's bartering. You have so many things in your truck now that you no longer need but could be bartered off before the regular folk notice that the worlds ending lol. Trading in all your now useless big ticket items, big screen tv, Xbox, laptops etc could bring in big trades if you play your cards right, and find the best stocked oblivious person you can find.

CON - sleeping or the lack of actually. It's fine and dandy to have all this stuff to barter, but until you get rid of it, you haven't room to sleep in your newly yours truck... I don't care what they say, after TSHTF Budget Car Rentals can kiss my ass, they ain't getting their truck back lol. So living space, or the lack there of is a major con in this situation...but you can get by sleeping in the cab until you either make room or find alternative shelter.

PRO - you know where your immediate family is, right freaking next to you. Nothing like the peace of mind that comes from not having to worry if a family member is going to be able to find you after TSHTF.

CON - Fuel, even the most fuel efficient moving truck doesn't get far on whatever is left in your tank, so finding and obtaining enough fuel to keep moving is going to be hard.

PRO? - if you're a weapons storer and somewhat mechanically inclined, you could armor the living shit out of the moving truck to make it a fortified moving killing machine.

CON - if you don't have weapons stored and are not mechanically inclined, you may have to abandon all but your essentials, such as a bug out bag and a few extra items if people deem your stuff worth killing you over and you having no way to protect you and your family would logically bug out.

PRO - chances are the shit didn't happen just as you got where you were going or just after you left, so a pro to being in the middle of nowhere as far as you're concerned, is that no one here knows how important your truck is to their survival. No one here knows you're a prepper and therefore doesn't know the unimaginable stockpile of stuff you are carrying with you. The saving grace they don't even know is a mere killing away, hidden in plain sight inside your truck.

CON - where are you going now? At this point you have to figure out where you're going and how you're going to get there. Figuring out where people won't be battling for real estate and getting there could prove difficult, especially if fuel is hard to come by. Finding a gem of a spot that is secluded, safe, has a water source and is able to provide food from the land, that no one has found or thought of is as daunting of a thought as they come.

PRO - if you can find such a place, you've hit pay dirt. You have all your preps and a new home base to call your own. Staking claim to this new haven, and start living off the land, you can now use your truck as your actual home, or build one and use the truck to find materials and more supplies, again if fuel allows it.

Don't even get me started on this scenario if it's a zombie apocalypse... That'll be too long of a post lol. So that's the pros and cons that I can think of right now off the top of my head. Can you think of any other pros and cons when it comes to a moving day apocalypse? If so leave them in the comments section below, and let's continue thinking out loud together. I really hope the shit doesnt hit the fan whilst I'm moving, if I move that is, because that would really suck. So until next time, i gotta get the hypothetical move done before the shit hits. 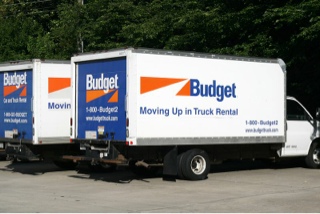