NBC's Revolution Will Be EOTWAWKI Awesome

This fall NBC will be unveiling the most exciting tv series for me since they released the original season of Heroes and that new show is called "Revolution", and I'm sitting here typing this out as a guarantee that as far as EOTWAWKI series goes, this WILL be disgustingly awesome. Bold statement, maybe, based on science....a little bit lol. Let's just start with the basic premiss, TEOTWAWKI peeps are going to love this.

"Our entire way of life depends on electricity. So what would happen if it just stopped working? Well, one day, like a switch turned off, the world is suddenly thrust back into the dark ages. Planes fall from the sky, hospitals shut down, and communication is impossible. And without any modern technology, who can tell us why? Now, 15 years later, life is back to what it once was long before the industrial revolution: families living in quiet cul-de-sacs, and when the sun goes down lanterns and candles are lit. Life is slower and sweeter. Or is it? On the fringes of small farming communities, danger lurks. And a young woman's life is dramatically changed when a local militia arrives and kills her father, who mysteriously - and unbeknownst to her - had something to do with the blackout. This brutal encounter sets her and two unlikely companions off on a daring coming-of-age journey to find answers about the past in the hopes of reclaiming the future. Written by NBC Publicity "

Isn't that just sick? Now that you have read that....try watching this

So the first time I saw that I literally "FUCK YEAH'd" when it was over. From reading that, and watching this I was stoked about the show. At the time I felt like this was going to be a hit or miss show, could be so good it gets picked up for years to come or get cancelled first season, like the aforementioned awesome EOTWAWKI tv show Jericho. I was a little reassured of its impending awesomeness when I read that the series pilot was directed by Jon Favreau director of Iron Man 1,2,&3 as well as Cowboys and Aliens. And even more stoke when it mentioned it was produced by JJ Abrams who wrote and produced both TV's Lost and Fringe. Both strikingly imaginative and expertly pieced together shows (except for the ending of Lost, don't get me started). So with those two people and the plot and preview trailer I was really thinking this has a shot. Then, when looking for a screencap for this post, I came across and article that was laying out everything that I am laying out here, but the only new piece of information I gained from that article was the best of all. Series producer and writer of all six currently written shows...Eric Kripke!

Now if you know that name, you just shit your pants, if you don't, let me explain. Eric Kripke is creator/writer/producer of the WB/CW's epically awesome battle between good and evil story arc-tastic para-drama SUPERNATURAL. Now, Supernatural dealt with, well, supernatural stuff. Vampires, ghosts, demons, angels etc etc. So if that isn't your cup of tea I understand why you aren't getting me. I'm not overly into those entities either, but what originally got me into watching Supernatural was the story arc, like story driven para-drama brethren The X Files, the continuing storyline draws you in and never lets go. So I have the feeling that due to Kripkes invested inclusion into this para-drama, will lead to awesomely well put together plot sequences and twists that will keep the viewers tuning in week after week.

So when you add all that up, it rings TV's New Best Show. The only thing that bothers me about this at all is when, as a partner you include NBC into the mix. This show would be a guaranteed hit show on say the CW or AMC or other cable networks, but being on one of the "BIG 4" networks puts a lot of pressure on the show to produce potentially unrealistic numbers to survive. Hence the fall of shows like Jericho, Heroes and other stoically EOTWAWKI para-drama Millenium. The big networks expect every show, especially dramas to draw huge numbers to be worth their "effort" and I fear that a show that shows the end of the world as we know it and the impending aftermath, may be too much for the American viewing public, as it surely was when Jericho first aired. However, the numbers that show a growing number of preppers or followers of TEOTWAWKI in the US could potentially sway the viewership over to Revolution. Who knows, but what I do know is this, this show WILL BE AWESOME, the only thing is, will the viewing public give the show the time to show it? That remains to be seen. But if you feel like I do, that this show has the great potential to be awesome, let everyone you know know, that this show is coming and they should clear their schedules on Monday September 17, and every Monday after for the next foreseeable future. 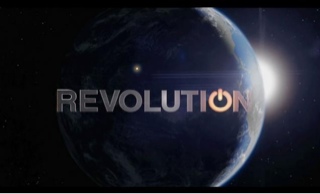