By FAR, the most gripping EOTWAWKI story I will probably ever, and I mean EV VAR read. If you have read "One Second After" (which in my opinion pales in comparison to this book) you gonna love this book. This story, written within a forum as posts by user HalfFast is of the harrowing tale of the citizens of Silver Hills Subdivision in a small Texan town after an EMP cripples the American infrastructure. There isn't anything wrong with this novel at all, at all. The writing is clearly by someone that truly believes that the end is coming and this account of it is something they truly believe could happen, but the story is beautifully woven together as only a true writer can accomplish. The plot and story creation, character development and building towards the climax as expertly done. Even though this story is 611 pages on my iPad I couldn't put it down, any free time I had went to reading this story...hence the no posting as frequently lately lol.

WRITING: like I said, the writing in this story wasn't obviously TEOTWAWKI followeresque as I was originally anticipating. I was thinking that this story was going to be overly preppery making it too easy for our protagonists to survive based on this tale being penned by a prepper type person. About the only thing in the writing style that I didn't like about the writing style was that the author got a little two detailed on the types of guns being used. But it's a small thing that can be overlooked once the plot takes off.

PLOT: now being that that this story was told on a forum, there had to be more plot twists and cliffhangers than I think there would have been normally due to there being an audience to its creation, but I think that is what made the plot so good. And the plot was SOOOO good. The main plot of the story followed a select few people from the small Texan subdivision as they react to America after an EMP attack. So the main plot overall was great, but it was all the little subplots within the story that made this story so great. Plot twists I saw coming more so because I wanted them over them being predictable, and smaller twists that completely blond sided me, made the story move at an alarming rate at times. Page after page would evaporate as I furiously tried to navigate the tale until the latest ordeal was weathered. The forethought put into this saga must have taken forever to think through, so many aspects of the plot, even small insignificant moments come back to mean something in the end. I found at times, many times that my heart was actually pounding as I awaited the unknown outcome of the event at hand. Brilliant.

CHARACTER DEVELOPMENT: I have often fond in stories where there is going to be many main players that few writers differentiate the characters enough in the beginning for me always know who the writer is talking about immediately, but this author somehow, and effortlessly achieved this for me. Not once in this story did I find myself wondering if he was talking about how I thought was Jim or maybe Jim was someone else lol. The characters throughout this story are as different and the same as everyone in society is, and the conflicts that come when rational people try to figure out the rules in an irrational time was nice structured so you, the reader, could see both sides of the opinion. All the characters struggle through the ethics of complete mayhem and utter lawlessness and try to weigh out survival of each other versus the survival of humanity. I really think for the first time, this writer has convinced me that communal teamwork out ways my trust of others, and truly shows me that one can not survive lone wolf, community is the only way we could survive.

TEOTWAWKIness: this book oozes everything EOTWAWKI. Every aspect of survival is mentioned in this story at some point. From preppers to the unprepared gathering after the event, to travelers and marauders, from the government to gangs, everyone is present. The members of the subdivision while trying to fortify and protect their properties encounter all sorts of calamities and experiences and through open dialogue work their way through a lot of real world problems after an event
Ike this. What I liked about this book, w that during the first half of the story a lot of really cool ideas were made to fix said problems, and I like how the author detailed these problems, and their solutions.

THE FINAL WORD: I really enjoyed this book, it may be the best all around story I have ever read. The amount of stuff that is discussed or happens in this tale is just so...read this book. Go download the file from where ever you can, and read it. 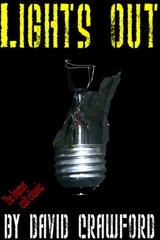