About Me and How Not Manly I Am

So even though I have a mans name and a mans body and pee standing up, I have never really viewed myself as a manly man. Don't get me wrong, I'm not calling myself girly or anything, I'm a strong able bodied intelligent man, but have never been overly interested in anything manly. I'm gonna blame being raised by a single mother for that lol. Growing up I never had any interest in doing things with tools, I felt my three months in woodshop and three in metalshop were almost torture. Eventually I would grow up to working the carpentry industry for almost ten years, but I still had no interest in it. I never wanted and never got my drivers license either, I know, weird right. I just never had the drive (no pun intended) to get one. I know that a drivers license is one of those rights of passage for boys becoming a man,but I just didn't care. When I was younger and into adulthood I was never interested in killing things so guns and hunting weren't really something I wanted to do either. Along the same notion I wasn't a fisherman either,granted I at least tried fishing a few times throughout my life. I remember being in beavers scouts and cub scouts periodically, obviously my single mother trying to get me that male influence, but I don't remember really learning anything of use when it comes to survival. I remember going camping a couple times as a kid and few times with our kids, but it wasn't camping camping, it was tents and powered camp sites with showers and the works, so not survivalistic at all. Even drinking, drinking is a manly activity, a couple brews with the guys, I did very infrequently and never until I was an adult. I never really found myself wanting to drink, do nt get me wrong I'm not against drinking, I will do it when offered, but I never go out of my way to drink.

So you may be asking yourself why is this guy telling me all this, and more so why is he writing about survival after TEOTWAWKI if he doesn't know any "manly" things lol? Well firstly, I'm telling you all this so you can fully appreciate how much I don't know any of this, I'm about the purist form of survival amateur you can get and because of this I secondly think that I can write my "apocalypse survival blog" from the perspective of a learner, as I learn. This I think would help others like me, that know little about survival or other such manly things, giving them something to follow along and learn from triumphs and mistakes of another non knower. Don't get me wrong, the experts are great, I read a lot of blogs and books from great well informed and well practiced veterans of the survival mediums, but people who don't know, need to feel like there is someone out there that is going through the same thing as they are, and that's why I felt like writing my journey in this blog. So that even if one day I become one of the "experts" this blog will still have all the "novice" learning available to novices of that time. So that's why I told you all my non manly things about me, so you can really appreciate how I don't know any of this stuff and how through the Internet and books I hope to prepare my family and myself for any coming apocalyptic event.

So for further information about me myself, I am (at time of writing this) a 34 year old happily married father of two teenage daughters. My wife and children and I live in the Northwest Territories of Canada, so we're way up there on the map, and I hope to learn how to protect my family in this extreme environment. We have two dogs and a cat to think about as well, so you may expect some pet related posts from time to time. We also live in a high rise building which will also lead to posts as well, apartment bugging in and or out is of interest to me for obvious reasons.

So all in all that's me and my situation. I hope, if you're new to this lifestyle you'll follow along and we can learn together,and if you are someone that is well informed that you'll be inclined to help us newbies on our journey to preparation supremacy lol. Hopefully one day we'll have a good open dialogue going on around here. That's everything about me, let me know about you in the comment section and hopefully we can get to know each other before the shit hits. 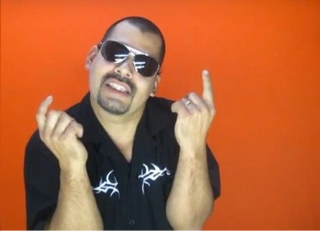 Email ThisBlogThis!Share to TwitterShare to FacebookShare to Pinterest
Labels: About me