So a while back I wrote a post called Seven Types of People the End of the World Would Suit Better And I thought that it was so much fun, that I decided to write the companion piece to it and explain several types of people that I think it would suck to be after TEOTWAWKI due to whom they are or special circumstances they may have or encounter. When TSHTF, these people are going to need our help, maybe we should figure out which ones to help.

1. Gay men - as if it wasn't hard enough on gay men before TEOTWAWKI, but after the SHTF gay men are going to have all kind of problems. On top of all the regular reasons it's bad to be a gay man like, homophobia, anti gay religious folk, sexually promiscuous life partners...not enough shopping hours lol, They will have post apocalyptic issues as well, the biggest of them being this, finding a guy to meet your needs when every man is shooting at each other to survive. Hard enough to find that gay guy in our world now, but throw in cholera, and looters, neighbors shooting at you, and everyone dressing in such drab attire lol, how's a sista supposed to find his queen.

2. Ethnic Groups - as I stated in a previous post (7 types of people...) racists are gonna have their way with the world after the apocalypse. So on the flip side to this, is the races that racists will oppress. Ethnic groups all over the country or world if that's the way it went, would have the depressing disposition of having to deal with all the racists going willy mildly all over this place lol. So the ethics will have a few things they could do to combat this problem, and one of those things is proactive combat. "Be aggressive be be aggressive" shall be the mantra of the oppressed ethnic person. Attack before you be attacked. Chances are the minority of you choice will not be able to definitively "tell" if someone is a raging racist from afar, so I would imagine a lot of "friendly" "non racist" waste landers are gonna be shot by fearful minorities. Another thing they could do is commingle with other non racist non minority groups and work together to protect the group. Also, another option would be to run or hide, or run and hide lol...it has served a lot of people throughout history and it could still work in the post apocalyptic waste land. But hey, who am I to judge, I'm a visible minority so choices will have to made at some point lol.

3. Rich People - pretty obvious that rich people, while well off at first, what with all the endless amounts of money and endless people to help them build whatever they need to protect themselves, they could even hire people to be a protection detail after the fall, but eventually all the money will either disappear in the over inflated barter market after the TSHTF, or could draw unwanted attention to your compound, stronghold or homestead. And that's something none of us want. So being rich will be something that will get old fast after society falls. Also, a lot of rich people, especially heirs of rich people tend to not be all that great at doing actual stuff, you know what I mean. No useful or discernible skill sets lol. Sure your good with money and can rock a mean stock portfolio, but can you build stuff? Fix stuff? Can you even cook?

4. Astronaut - I've often, often I say like I've even been thinking about the end of the world long enough for there to be an often, but anyway I digress, often I have thought of how much it would suck to be an astronaut in the international station when TSHTF, imagine you're on the space station and looking at the earth from far above, and with out warning you see the violent explosion of a nuclear weapon followed by another, and another...then more further away and more and the world is slowly yet very quickly being pummeled from all sides. You're witnessing the end of the world and your stuck miles above the earth...then the thought, "what the hell do we do now?" you could get in the shuttle and make your way back to earth, but whee to go, what to do when you get there? I mean you can't stay on the space station, unless you just feel like dying and wanna do it somewhere non radioactive. So being an astronaut in space when it happens would suck a bit, granted, but the view of the end of the world couldn't be better, you'd be one of the first people to fully grasp the reach of the event. I would imagine that I would want to come back to earth and at let try to recover my family, but that's just me.

5. Advertising guy - people have frequently hated on people in advertising world. You're watching a commercial and thinking that it is so bad and meaningless and not enticing you to buy the product at all, you may not even know what the product is...you think like I do, that you can't believe that someone actually got paid to have that idea, write that idea down, present it to another useless advertising person, who sells the idea to another douchebag, who pays someone to film the garbage and all the actors that act the crap...yet it's the dumbest nonsensical bullshit you've ever seen. How did this garbage get on my tv? Advertising guys. It's not heir fault that they don't know, they're all useless and they are all running themselves so it'll never fix itself lol. So because of this, they'll never survive after the int of needing to know stuff.

6. The last guy to pay for something before the shit hit - added this guy in because about a week after TSHTF if he survives, he's gonna realize that he may have been the last human being to pay for stuff before all hell broke loose. The rioting breaks out and everyones getting everything for free, and you, you're walking around with a receipt. Just a simple who it sucks to be, but I think it's kind of funny.

7. Women - for many obvious reasons it's going to suck after the end occurs. I don't want to conventionalize all the forward motion women have made over the decades, but when lawlessness is upon us it's gonna suck to be a lady, especially hot chicks. I mean sure, if you can latch yourself on to a strong dude or group of dudes with your hotness, all the more power to ya. But every book or movie that depicts a post apocalyptic world with people roaming the wasteland says, it's not safe for girls and women, because lets face it, we live in a rapey world now, will all the laws that exist and all the enforcers of those laws can't stop the insane amount of raping that is going on on this planet. If you were from another planet and visited here even for a short time, you would have to ascertain that we as a race loooooooove to rape each other, like its our favorite past time, forget baseball and apple pie, we love raping or being raped or watching people raping people while being raped....we're messed up, and that's now! After TEOTWAWKI dudes will be lucky to not get raped, chicks are gonna just have to live with its likelihood. So aside from the rape, women also have feminine hygiene issues that as time moves on will become more and more difficult to deal with. Also, being that bra sizes have gone up one whole cup size over the last decade alone, boobies are gonna get in the way. From shooting to running to squeezing into hiding spots, boobies a gonna be a distinctive disadvantage to women. I recommend a really good sports bra now. Go get two dozen of the best sports bra for your boobies and shove them all into your bug out bag, cause trust me....gonna help a whole bunch.


So that's my second list on this blog, hope you enjoyed, let me know if you can think of any other types of people that it would suck to be after TEOTWAWKI and who knows, maybe I'll compile another list in the future. These lists are fun to do because you can be serious and funny in the same post and it matters not. Hope you stop by for future list, don't forget to leave comments, I love hearing from like minded people all over the world. Here's to hearing from you again, and hopefully the shit doesn't hit before it. 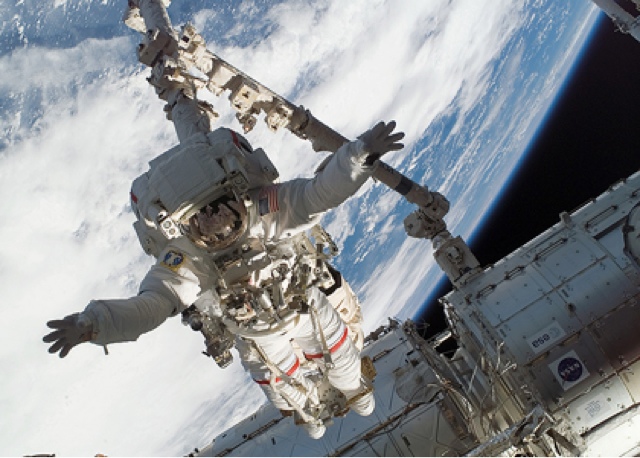