7 More Overly Reckless Things to Do Before TEOTWAWKI

A ways back, I wrote a 7 Things list about 7 Overly Reckless Things to Do Before TEOTWAWKI, where I listed seven things you may wanna get out of the way before the end of mankind lol. Due to the dangerous nature of many of them, it would make little sense to participate in these activities once doctors aren't readily available.


1. Cliff Diving - This is the only thing on either of these lists that I've actually done haha, what a boring life I've lived, even though none of these activities particularly scare me. As far as cliff diving goes I've topped out at seventy fivish feet...and it was awesome. But from my 75 foot impact without a hitch I could see how easily this could go way wrong. And videos on AFV and the Internet a like, have shown me that water can mess you up pretty bad haha. So even though you may find yourself in a situation after TEOTWAWKI where you may NEED to leap off a cliff maybe in a desperate act of self preservation, you should go do this one act maybe tomorrow, or the weekend or something.

2. Base Jumping - In the movie Along Came Polly, Ben Stillers character described base jumping as one of the most dangerous things a human being can do, and without sounding too much like a scaredy cat, I have to agree with him. Base jumping is pretty much a combination a cliff diving and skydiving. The bases in base jumping can be anything from mountain faces to skyscrapers, pretty much anything that gives enough free fall time to deploy you parachute and not die. It's not hard to see why this would be something you should do before there aren't doctors or brand new equipment available.

3. Luging (street or ice) - ice luging as seen on the winter olympics is essentially riding on your back on a rocket sled down a waterslide-like track of speed and danger. Street luging is very similar, but you're sledding down the hills on you back on a sled that kinda resembles a fancy skateboard. Goes without saying, that this, especially street luging is insanely dangerous and should. Be avoided post SHTF, unless maybe you need too make a quick evac from a more dangerous situation. Wiping out a speeds approaching 100mph can lead to serious injury, impending infection, and maybe even death are highly probable. Death from impact at this speed is also very probable. Try to avoid head on impacts, goes without saying right lol.

4. Riding a Bull - Who doesn't want to get a raging psychotic of an animal and ride it as its trying to violently buck you off it's back so that it may kill you in retribution for humiliating it. I don't know if you know this, but bulls are massively huge animals that are especially amassed with huge gigantic muscles, all concentrating on killing you. Bull riders the world over find out exactly what the bull wants to do to them all the time. Bull riders get stomped on, kicked, thrown and even gored for their efforts. So if you must go 2.7 seconds on a bull named fumanchu, get'er done before the economy collapses or Yellowstone erupts.

5. Hang Gliding - even though I think hang gliding may be one of the dangerous things we do now, that would be very useful for alternative transportation after the apocalypse, it still is a very dangerous venture. Riggings fail, and winds do strange things, and this planet is riddled with trees and mountains and even the remaining buildings may get fatally in your way. If you were one that may try and use this method of transport after the fall of society, you may want to go and get very apt at doing it before the shit hits.


7. Swimming with Sharks/Cave Scuba - because I couldn't decide which of these two overly dangerous things involving scuba gear would make the list I kept them both as a group based on the scuba aspect of them both. Swimming with sharks is one of those things that people look at as insane, but usually it involves cages and overly trained handlers and whatnot. Traversing through underwater caves via scuba is considered one of the most dangerous things a human being can do, due to the chances of getting lost in the mazes of caves and dying once your oxygen runs out. So get these and all your other scuba related dreams out of the way, because I'm pretty sure you're gonna have a pretty hard time refilling oxygen tanks after the grids down.

So that concludes the second 7 Overly Reckless Things You Should Do Before TEOTWAWKI, if you haven't read the first click HERE. And if you liked this or the other, check out the other 7 Things Lists by clicking here or by clicking on the tab at the top of the blog. So now that they are both posted, that's fourteen overly reckless things you need to get done before the shit hits, let's hope someone does. And if you are one of those people that have done everything on both lists let me know about it. 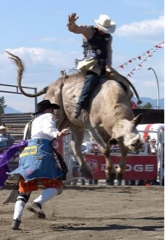